Date: From 7.30 p.m., 6 March 2021
Scriptwriter: Miura Naoyuki (Toki o Kakeru Band, Koekoi)
Director: Tanaka Tadashi
Theme Song: Kakurenbo by RADWIMPS
Cast: Ayase Haruka, Ikematsu Sousuke, Tsuchimura Kaho, Ninomiya Keita, Agawa Sawako, Kora Kengo
Synopsis: Mashiro Aoi (Ayase Haruka) lives with her son in housing constructed in Ishinomaki City, Miyagi Prefecture after the Great East Japan earthquake. She appears to have bounced back and lives cheerfully. But she actually keeps waiting for her husband Takatomi (Kora Kengo) who has been missing since the tsunami hit Ishinomaki City. At that time, both the bookstore that Takatomi and her mother-in-law Asako (Agawa Sawako) had been running and their house were swept away. That plot of land was designated a disaster area and Aoi could not return. It has been almost 10 years since then. Aoi decides to renovate a vacant house in town and reopen the bookstore that Takatomi loved with start-up capital she had steadily saved up and the books she had bought again. That is how Aoi meets Hayama Eiki (Ikematsu Sousuke) through her younger sister-in-law Haruka (Tsuchimura Kaho). Eiki is a socially awkward architect who moved to Miyagi Prefecture in search of a place where he can be himself, At first, Aoi and Eiki are not able to understand each other as they are complete opposites in personality and have different backgrounds. However, they start to feel mutual attraction while setting up the bookstore together. Even though things seem to be going well between Aoi and Eiki, neither of them can take a step further because the missing Takatomi still looms large … …
Website: www.nhk.or.jp/p/ts/83GQQ74W8J
Twitter: twitter.com/nhk_dramas 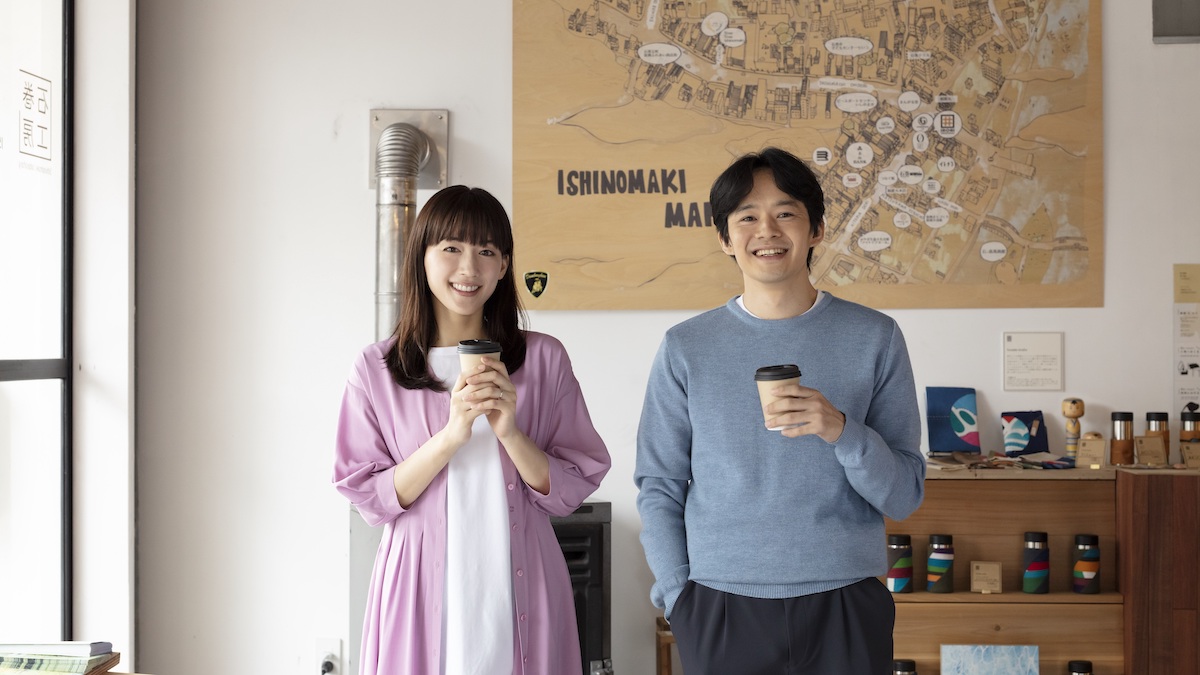