Date: From 10.00 p.m., Mondays, 8 February 2021
Station: Tokyo MX
Genre: Comedy
Scriptwriter: Asada Atsushi (Kafka no Tokyo Zetsubou Nikki, Maji de Koukaishitemasu Series)
Directors: Iguchi Noboru, Ishii Jun
Cast: Kiriyama Ren, Yutaro, Taniguchi Megu, Serizawa Tateto, Ijima Kuu, Mamoru Asana, Yoshida Oolongta
Synopsis: Two inexperienced vampires Kurosawa Aoi (Kiriyama Ren) and Shido Aoi (Yutaro) run a cafe that only operates at night. The ongoing pandemic has disrupted monthly supplies of blood that would be distributed from the vampire society’s headquarters in Romania. As a result, they have to try to become full-fledged vampires who attack people and suck blood. But it is no easy task as both of them have never sucked blood on their own before. Even when they attempt to do so in order to survive, their memories of their time living as humans and innate goodness end up getting in the way.
Website: s.mxtv.jp/drama/mx9_vampire
Twitter: twitter.com/mx9_vampire
Preview: Aoki Vampire no Nayami CM 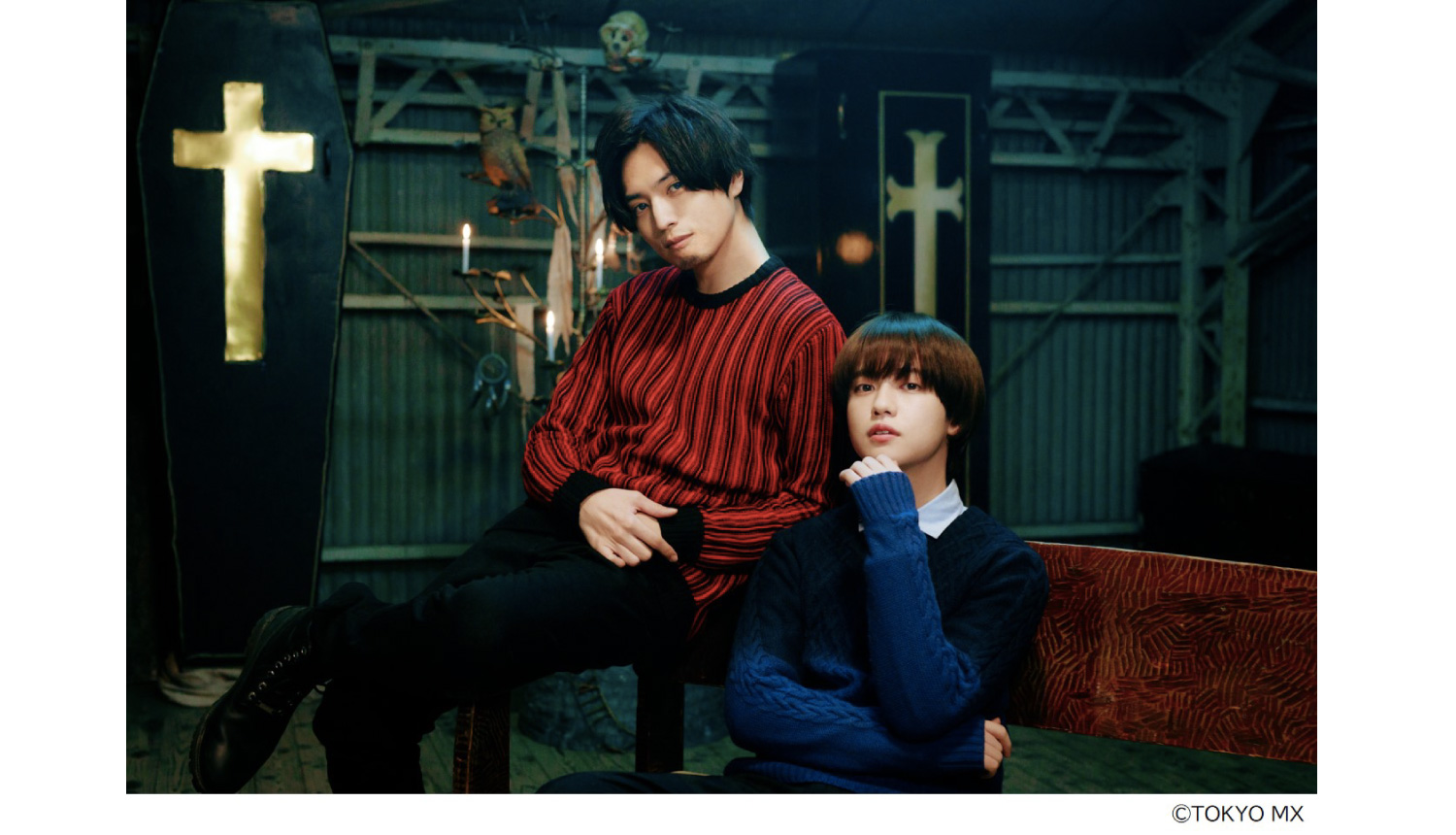