Moritaka Mashiro (Takeru Satoh) doesn’t want to follow in the path of his uncle who worked as a manga artist, but ultimately died because of exhaustion. Moritaka Mashiro figures he will graduate from school and work at an office. Things change though when falls in love with a girl at school. The girl, who hopes to become a voice actress, tells Moritaka they can marry, but only after they both achieve their dreams. Moritaka then teams up with fellow classmate Akito Takagi (Ryunosuke Kamiki) to publish their first manga. 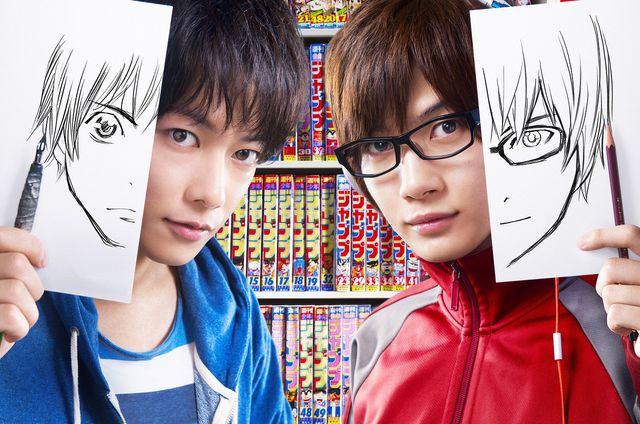