Date: From 9.00 p.m., 13 October 2018
Scriptwriter: Maekawa Tomohiro (Yochou Sanpo Suru Shinryakusha Series)
Cast: Nishijima Hidetoshi, Tanaka Tetsushi, Kurashina Kana, Fukuzaki Nayuta, Yanagiya Sanza, Shiga Kotaro, Namase Katsuhisa, Nishida Naomi, Kitamura Yukiya, Watanabe Ikkei
Synopsis: It is the year 2023 in Tokyo. Over the past few years, the performance of artificial intelligence has improved dramatically. One day, a police officer slips into a coma because of an accident while he is on duty. However, Tokieda Satoru (Tanaka Tetsushi), a scientist unilaterally carries out surgery to embed artificial intelligence in the man’s brain.Tokieda is the creator of the artificial-intelligence Mario which has been used within the police force. As a result, a man called Mario (Nishijima Hidetoshi) is created. He receives an order from Tokieda to live freely and is secretly released from the research institute. Mario goes to the address that Tokieda had told him about, and Tokieda’s 16-year-old son Itaru (Fukuzaki Nayuta) who lives with his ex-wife Megumi (Nishida Naomi) is there. When the two of them meet, Itaru is about to commit suicide because he is being bullied in high school. In an unexpected turn of events, Mario and Itaru begin to establish an emotional bond, and the two of them escape their police pursuers. Mario learns about “worldly desires” as he comes in contact with all sorts of contradictions through human life. He gradually becomes more human as he encounters people. What ending awaits an artificial-intelligence human who is unable to understand death and a teenage boy who has no hope for life?
Official Website: www.nhk.or.jp/dsp/mario 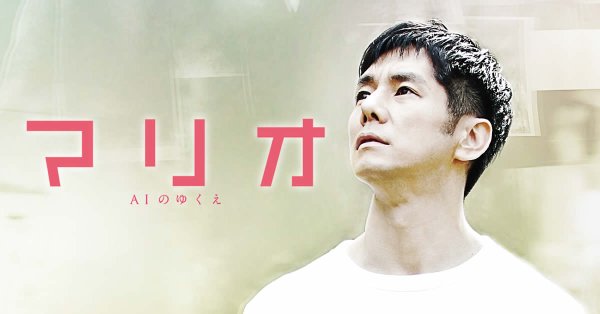