When Tamako Tomita (Yui Aragaki) was little, she received strict table tennis lessons due to her mother. Back then, she was known as a table tennis prodigy. After her mother’s death, Tamako Tomita lived an ordinary life. Now, she is 28 years old and works at a company. Her boyfriend Akihiko Ejima (Koji Seto) is a member of the table tennis club at the same company, but she gets dumped by him for new employee and tennis table club member Airi Ogasawara (Mei Nagano). Tamako Tomita is devastated.

Tamako Tomita goes back to her hometown. The table tennis club run by her late mother looks moribund. There, she meets Hisashi Hagiwara (Eita). He is a new member and was dumped by his wife and daughter. To get revenge on her ex-boyfriend and to help revive her late mother’s tennis table club, Tamako Tomita decides to take part in a mixed doubles table tennis tournament. She teams up with Hisashi Hagiwara. 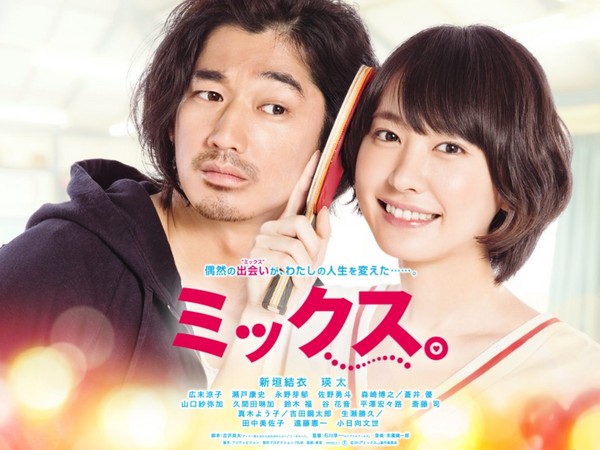