Raku Ichijo (Kento Nakajima) is an only son and a high school student. His father is the leader of yakuza group Shuei-gumi. Raku Ichijo doesn’t like to fight and he studies hard. His dream is to become a public official. One day, he passes the entrance gate at his high school and is kicked inadvertently by Chitoge Kirisaki (Ayami Nakajo). She is a new transfer student at the school. Chitoge Kirisaki is the only daughter of a rival gang leader. To keep the peace between the rival gangs led by their fathers, Raku Ichijo and Chitoge Kirisaki decide to act as boyfriend and girlfriend. 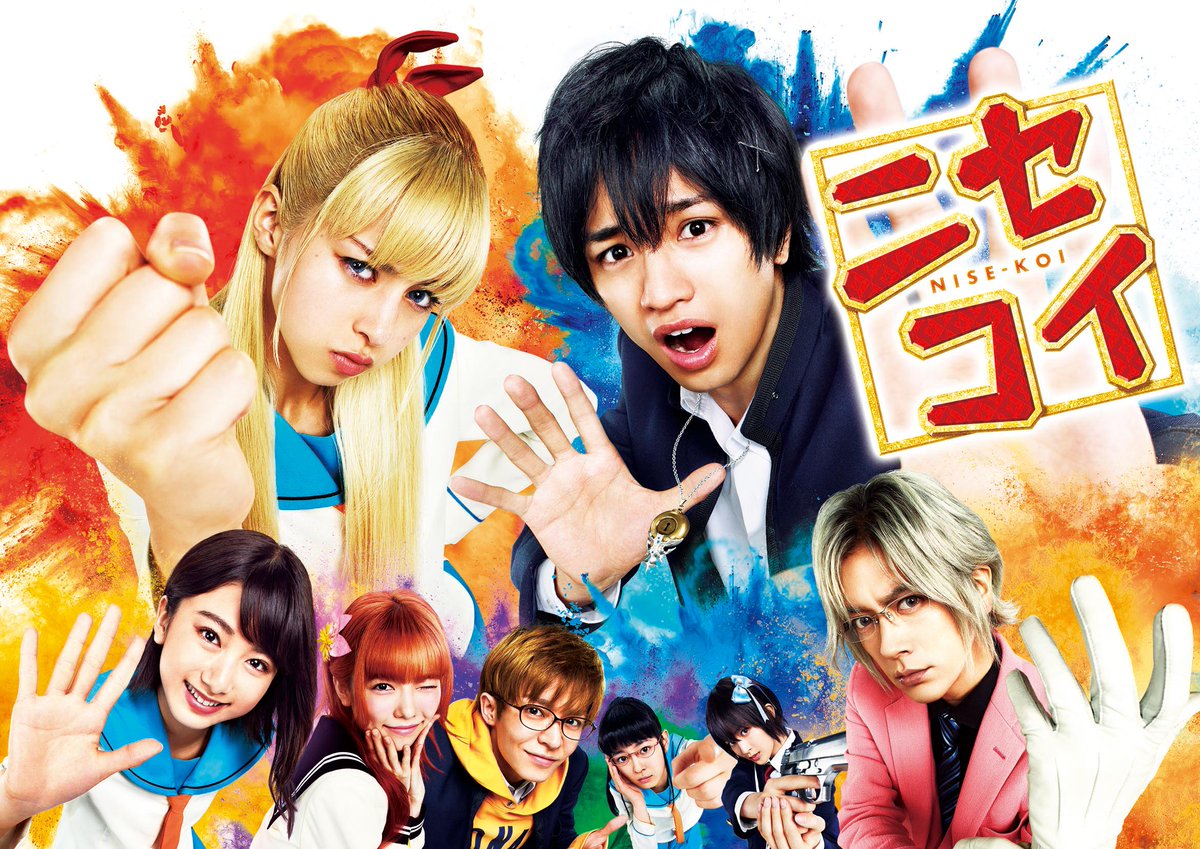