To prepare his warriors for potential attacks from foreign invaders, the hanshu holds a marathon. The marathon runs along a mountain path for about 58 kilometers. Retainers join the marathon to get a prize offered to them. Meanwhile, the marathon is mistakenly viewed as an act of treason by the central Edo government. Assassins are sent to the hanshu’s castle. Jinnai Karasawa (Takeru Satoh) appears as a normal samurai at the han, but he is actually a spy for the central government. He realizes that assassins are sent to the hanshu castle. To stop the assassins and clear up the misunderstanding, Jinnai Karasawa runs desperately. 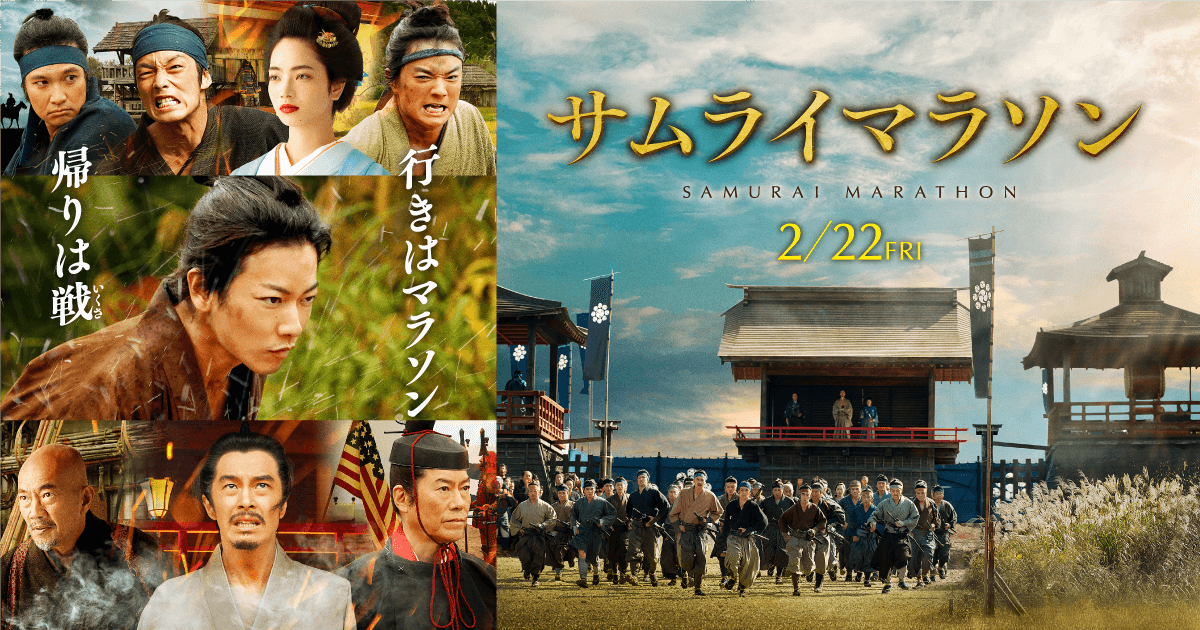