Kagura Akane (Horikita Maki) is the only daughter of a family who runs a teppanyaki place in downtown Tokyo. Akane had always been proud of her father Tetsuma, who was called the “No.1 teppanyaki chef in Japan.” Growing up in such an environment, she naturally acquired “teppanyaki skills.” However, when her mother died of illness, her father lost his energy to work and disappeared. Since then, Akane has managed and protected the restaurant all by herself. One day, out of the blue, she is visited by Erena (Katase Nana), the rich daughter of a major food company, who orders Akane to move out at once because her father had borrowed money against his restaurant. Though feeling disappointed, Akane makes up her mind to close the store. But when her father’s friend, Kurogane (Jinnai Takanori), shows her “Ittetsu,” a grilling plate that Akane’s father cherished, it reignites her passion towards teppanyaki.

In order to protect the restaurant, she embarks on a journey with Shinta (Tsukamoto Takashi) to search for her father, but wherever she goes, she ends up getting involved in culinary battles. — TBS 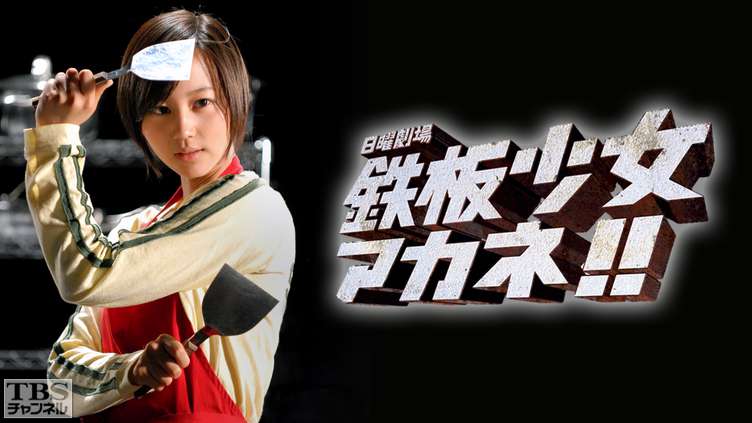