Haru in Hiroshima goes back to her hometown in Iwate Prefecture. She comes upon the “Wind’s Telephone.” Set in a garden, the “Wind’s Telephone” is a white phone booth with a black telephone placed in it. The phone booth is not connected to any telephone lines or wires. People come here to talk to those that passed away or are missing. During Haru’s journey, she meets various people. 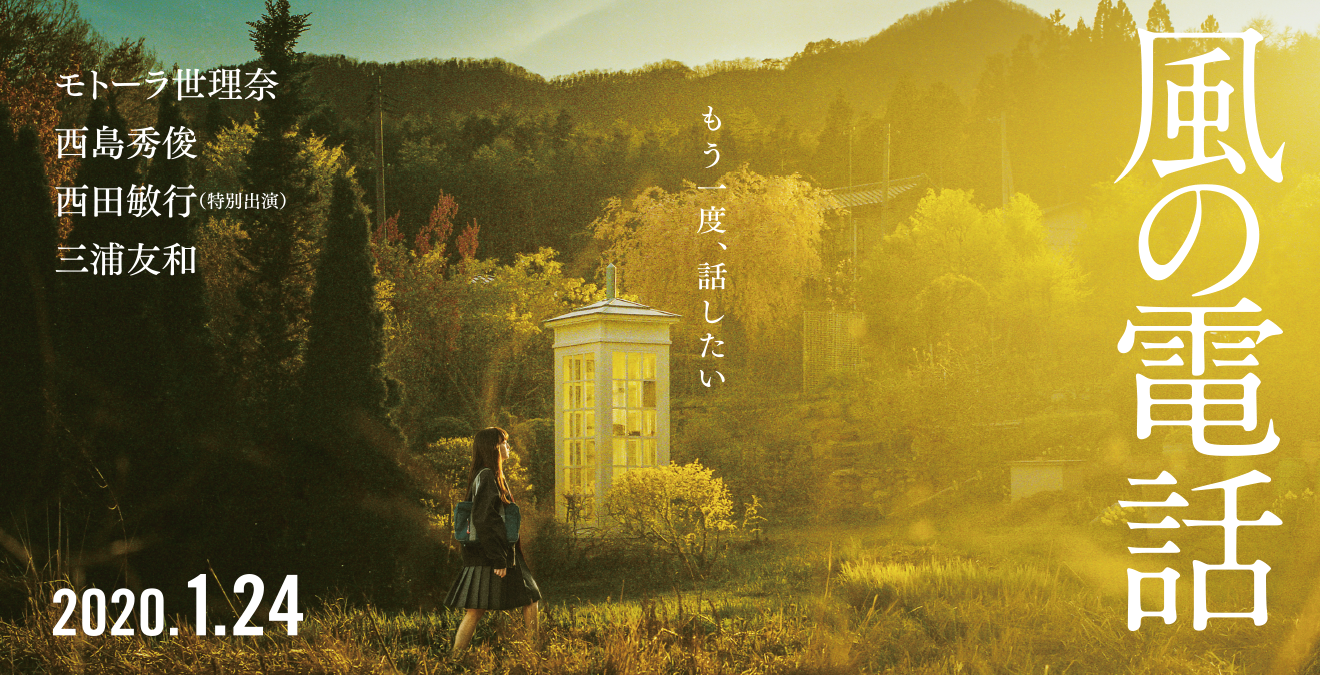